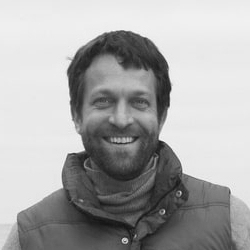 Alexander Weinstein is the Director of The Martha’s Vineyard Institute of Creative Writing and the author of the short story collection Children of the New World (Picador 2016). His fiction and translations have appeared in Cream City Review, Hayden’s Ferry Review, Notre-Dame Review, Pleiades, PRISM International, World Literature Today, and other journals.

A New York native, Weinstein currently resides in Ann Arbor, and is a lecturer and instructor for the University of Michigan’s Creative Writing and Literature Program, and Llod Hall Scholars Program.

He is the recipient of a Sustainable Arts Foundation Award, and his fiction has been awarded the Lamar York, Gail Crump, Hamlin Garland, and New Millennium Prize. His stories have been nominated for Pushcart Prizes, and appear in the anthologies 2013 New Stories from the Midwest, and the 2014 & 2015 Lascaux Prize Stories. 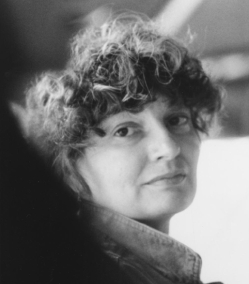 Jane Kenyon was born in 1947 in Ann Arbor, Michigan, and grew up in the Midwest. She earned a B.A. from the University of Michigan in 1970 and an M.A. in 1972, winning a Hopwood Award along the way.

During her lifetime Kenyon published four books of poetry: Constance, Let Evening Come, The Boat of Quiet Hours, and From Room to Room , as well as a book of translation, Twenty Poems of Anna Akhmatova. She was also a contributor to Columbia: A Journal of Literature and Art.

Kenyon’s poems are filled with rural images: light streaming through a hayloft, shorn winter fields. She wrote frequently about wrestling with depression, which plagued her throughout her adult life. The essays collected in A Hundred White Daffodils reveal the important role church came to play in her life once she and her husband – the poet Donald Hall – had settled on Eagle Pond Farm, Hall’s ancestral home in Wilmot, New Hampshire.

In December 1993 Kenyon and Hall were the subject of an Emmy Award-winning Bill Moyers documentary, “A Life Together.” In 1995 Kenyon was named poet laureate of New Hampshire; she died later that year from leukemia, on April 22. 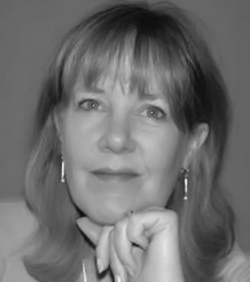 While pursuing a BFA degree in painting at the University of Colorado, Cynthia Davis found herself delving into photography. After graduating, she immersed herself in learning more about the art, gaining extensive darkroom experience while apprenticing at the Denver Art Museum’s Photography Department.

Davis creates her work by manipulating Polaroid SX 70 photographs while they’re still soft and malleable. The result are pictures imbued with a dreamlike quality suggesting a place between photorealism and impressionist painting.

Cynthia Davis has won over 100 major awards and has exhibited in numerous exhibitions in galleries, universities, and museums, as well as major art festivals around the country.

Although Davis’ book Ann Arbor: Hand-Altered Polaroid Photographs brings her dreamlike vision to familiar Ann Arbor landmarks, she has since moved on, and currently resides in Guatemala.

Born in Ann Arbor, Michigan, poet and editor Deborah Garrison earned a BA at Brown University and an MA in literature at New York University. She is the author of the poetry collections A Working Girl Can’t Win: And Other Poems and The Second Child: Poems.

It can be difficult to get a bead on the nature of a poet’s work, but critic Kate Hopper paints a fairly clear picture for us. In Hopper’s words: “Garrison is accessible and honest, and she skillfully walks the line between wonder and longing, embodying the beauty and complexity of being a parent and spouse” going on to note: “Garrison’s poems deal with the serious side of parenthood, the sadness of letting go, the fear, and the knowledge that, ultimately, we are not able protect our children from harm. But her poems also detail the delicious moments of being a parent.”

Garrison herself gives some credit to poet Philip Larkin as an influence on her development as a writer. In an interview with Garrison Keillor, she spoke of Larkin’s influence this way: “I believe his plainspoken English, his basic good grammar and avoidance of obscurity, really spoke to me. I found it amazing the way he used the most apparently colloquial language, and yet his achievement was always supremely poetic—even his shrinking self-deprecation was made into art. I think somewhere along the way I made a conscious choice that I would avoid pretension and try to speak on the page almost in the same language we’re speaking now. … Maybe you could say my style, such as it is, has emerged out of the business of communication in everyday life.” 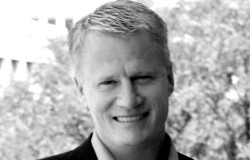 Before he began his career as a professional writer and journalist, John U. Bacon earned what he refers to as his “pre-unemployment” degree – an honors degree in history – from the University of Michigan in 1986, and later a Master’s in Education in 1994. His first journalism job was as a lifestyle reporter for the Ann Arbor News in Ann Arbor, Michigan. In 1995, Bacon became a sports feature writer for the Detroit News.

Bacon is the author of several books on sports and business, including Bo’s Lasting Lessons: The Legendary Coach Teaches the Timeless Fundamentals of Leadership, which became a New York Times and Wall Street Journal business bestseller, and Three and Out: Rich Rodriguez and the Michigan Wolverines in the Crucible of College Football, which debuted at #6 on the New York Times Bestseller list.

Ann Arbor locals may be familiar with Bacon from his presence on the airwaves in Michigan; he regularly provides sports commentary on Michigan Radio, WTKA (1050 AM), and NPR’s “Here & Now” with Robin Young. On the national level, he is also a contributor to content on HBO, ESPN and the Big Ten Network, and appears on ESPN, FOX Business and MSNBC.

A sought-after speaker, Bacon has delivered keynotes to financial companies like Merrill Lynch and Ameriprise, auto manufacturers like Chrysler and Subaru, and international corporations like Microsoft Brazil and Copersucar. In 2011 the Michigan chapter of Meeting Planners International named him Speaker of the Year.

Bacon is also an adjunct lecturer at Northwestern’s Medill School of Journalism, and has taught at the University of Michigan, where he won the Golden Apple Award in 2009. In 2006, he was inducted into the Ann Arbor Huron High School Hall of Fame for helping to lead the hockey team from the worst in school history to the best in three seasons.

Titles By John U. Bacon

Learn more about the book scene in Ann Arbor by browsing our listings of book stores, book fairs, publishers, or local authors. 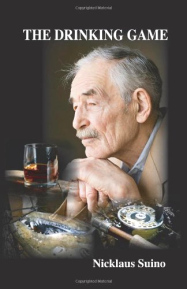